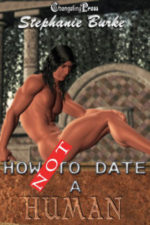 Love is the strangest infection of all, especially when you decide to date a human.

Oh why, oh why did the condom break? Now McCabe is stuck explaining to an unamused Spooky how an alien virus has introduced her to the world of shifters. But everything should be fine so long as she avoids her lovelorn boss and takes her new situation and the shifter support group seriously. Matters of the heart are a tricky thing, especially when you decide to date a human. 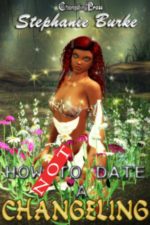 Disappearing chocolate, cries of ecstasy ringing out in the night -- sounds like a Changeling problem.

Lieutenant Colonel Taylor Martin only wants a place to rest and recover from his injuries in Afghanistan. But an eerie screaming filling the night makes him weary and curious. The one thing the ex-Marine can't abide is a mystery.

Cordelia Snow is a writer -- and a changeling -- and doesn't have time for foolish mortals. But when Taylor tries to win her trust with chocolate and baked goods, she can't resist the tall Marine with the bad limp.

But now that she has him, has shared her own dark past and learned of his own, shared the sensual delights and mysteries of their bodies, how can she ever give him up? 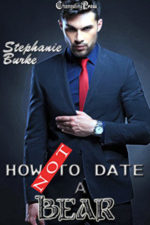 Declan Batalova is a bear unlike any other. After brokering a deal that will keep his people safe in their new country, the Russian shifter goes for relaxation in a new club that caters to bears.

Cosmetologist Gillian Leekey is a woman on a mission. She loves big, muscular, hairy men, and Declan is perfect in every way.

But after one night of passion, the Bear Shifter Mafia is declaring war at her front door! When did life get so complicated? But that's what happens when you decide to date a bear. 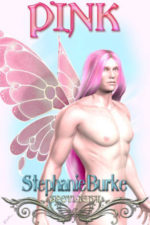 Pink knows Cali's not having a good week -- mostly because she's been defending him from his insane family! She's been harassed, had her lack of a sex life exposed, and managed to get herself cursed by Love and Peace, Pink's meddling parents. But Pink, lust fairy extraordinaire, is not going to let his boss live a colorless existence. He's going to do everything in his power to see Cali is never alone, even if she never knows love or peace again!

Now if he can only get her to see that wonderful things sometimes wear skirts and look just perfect in Pink... 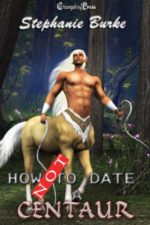 How to date a pair of centaurs? Get a good grip and hope for a long, bumpy ride.

Good girl Kiara Stone only wanted to have a little fun for once in her life, and parachuting over Cambodia seemed like a thrill. But crash landing through a mountain and landing in the land of the centaurs was almost too much.

Now she is their goddess and under the protection of two very regal male warrior partners, Zeethan and Xaylu, and struggling to learn a new culture as foreign to her as her ways are to them. Hopefully she can learn fast enough not to start a war, destroy their whole belief system, and learn to date a pair of centaurs, because it looks like there is no returning home. 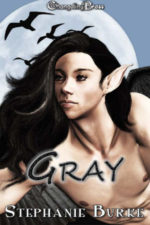 What's a Fae to do when his get up and go -- won't? Entropy is plagued with a nightmare of unbelievable proportions. He wants to... he needs to... but his one-time best friend and long-time companion of a mighty sexual organ just hangs limp looking down at his feet. There has to be a reason why and he's going to discover it or someone's going to get hurt.

Alothos, Lord of Death, is ready to claim his mate... if only he could find the stubborn Fae. He gave Entropy years to mature, grow, and sow his oats, but now it's time for him to take his place at Alothos' side. Only Alothos can't seem to locate his lost Fae and Death's patience is coming to an end. 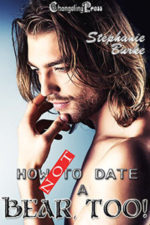 Richard Bear, Royal Canadian Mountie, never expected to find true love in a bar. But he's pretty sure Theo is just that. Everything feels just right between them -- until a cougar shifter insists Theo isn't Richard's true mate, but belongs to her, instead.

Things can get a little hairy when you date a bear -- and even hairier when a cougar wants him, too.

Publisher's Note: How Not to Date a Bear, Too! was originally released as Part 1 and Part 2. This Box Set contains both volumes in one edition. 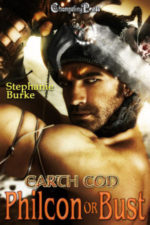 Jabel came for the hot Earth girls. So what if they only have two eyes and no tails. Earth girls are easy, right?

Libby did not come looking for love. In fact, she didn't even come to get laid. Sex can be interesting when you're a transgendered woman, and the last thing she wanted to do was risk her body or her mind.

A one night stand is just what they both needed, but then there are assassins and sword fights, and kidnappings...