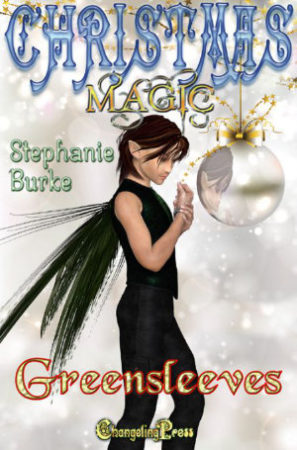 Excerpt
"He loved her, you know. She had the heart of a king."

"Or his groin," she whispered. "He was trying to get her to be his whore." Her full red lips spread in a delighted smile as surprise bloomed in his eyes. "Yes, I know all about the color green and what it entails."

She spun as the music reached its harmonic bridge, looking up into his eyes as he stepped back, gripping her firmly around the waist as he pulled her back into the waltz. "But it also could mean true love, My Lady."

"And yet she rebuked him."

Marcos Enric Sicilla stood intrigued as he stared at the beautiful woman dressed in green. He had seen her on the dance floor, head tossed back, laughing gaily at the older man who spun her around in sheer mimicry of a decent waltz. It had been a pleasure to cut in on them politely and whisk the beauty away from the beast.

And now, as he looked down into amused, caramel-colored eyes, Marcos found himself more than pleased with his decision. She was lovely, this lady of dark skin and kinky hair, and her obvious intelligence made her all the more appealing. Not too many people knew the theories behind the story of Greensleeves, and he was enchanted with her spirited banter on the subject of that particular song.

"And still he persisted," he whispered, tugging her a bit closer than propriety demanded, but only for a second. A lady this refined, he didn't want to offend while making his feelings known.

Oh yes, this lovely lady in green knew the game, and she was playing it with elegance and flair. "He raised an army for her, was ready to lay all at her feet if she were but to love him. And have not epic battles been fought for the right to climb beneath a woman's skirts before? Helen of Troy, for example. All that waste and ruin for the love of what lies between a woman's thighs."

"A noble cause," she insisted as he spun her around one last time as the music came to an end. "What man, dare he call himself a man, would not truly fight for the right to possess such passion, beauty, and grace?"

"A man ruled by what lies between his thighs," was his answer as she gave a very pretty curtsy, her eyes shining up at him like lust and a dare in human guise.

"My Lady," he protested even as he took her gloved hand and raised it to his lips. He held her gaze as he brushed his lips across her knuckles before gently tugging her to her feet.

"Marcos," he interrupted her. "Beg pardon, My Lady, but my name is Marcos. It would delight mine ears to hear it roll from such perfect, lush lips."

She arched one prettily plucked eyebrow before she tilted her head to the side and carefully examined him. Marcos felt the need to stand straight and puff out his chest as her gaze traveled over his body, stopping at his face.

"Marcos." She imbued the word with so much lust and longing, with such beauty and sensuality that he felt his thighs shake and his heart speed up. His lips parted, and she struck him numb. He was so taken off guard that before he could gather his wits to respond, to demand her name, anything, she was gone, a swirl of dark green skirts and golden stars as dancers filled the floor for the next formal dance, leaving him standing in the center of the swirling cloud of color like a fool.

Marcos Enric Sicilla, crown prince and ruler of the principality of Andorra, paced his suite of rooms at the French Embassy, nearly visible waves of frustration pouring off him.

"She might belong to another," Henric, Marcos's closest friend and advisor, cautioned. "You didn't get her name."

"She didn't give me time to ask," he insisted. "Besides, how many black females wearing green gowns were here today? It is not like this area of France is basking in diversity."

"So I should send our people out to look for the black girl in the green dress, and you think that will not spark controversy?"

"I would react the same if she were Asian or Polynesian, or -- or orange with purple polka dots. For God's sake, Henric, I think I just met my future princess!"

Henric stood there blinking at him, and Marcos felt an embarrassed flush fill his face.

"I am not foolish enough to believe that I can fall in love after a simple dance," he denied. "I felt a connection with this woman. My instincts tell me that she may be the one female I can abide connecting myself to for eternity."

"I am open," Marcos denied, though he had mainly taken young men to his bed. He found the male form strong and pleasing to the eye, and there was little risk of putting bastard children out into the world. But every woman he had ever taken to his bed had been special. "I like people for their minds as well as their bodies, Henric."

"Yet you are ready to make a spectacle of yourself to have this woman?" His long-time friend shook his head slowly. "Marcos, truly, you worry me."

"Can you not understand, Henric? She may be the one. I can't allow her to escape before I have a chance to persuade her to get to know me a little better."

"A lot better," Henric scoffed. "On the basis of one dance, and not even a full one at that, you are ready to chase after a female of unknown breeding or availability. You have lost your mind."

"You make her sound like cattle to be owned, Henric." Marcos shook his head as he resumed pacing. He looked about his sitting room, trying to shake off the feeling that destiny and the fates were torn between conspiring against him and laughing at him. "And that was not what I saw when I looked into her eyes. This is a woman whose regard will have to be earned."

Henric sighed, shaking his head as he stepped closer to Marcos and rested a hand on his shoulder. "If you feel this strongly about the situation --"

"I do. I do," Marcos interrupted, biting his lip and reaching out to press his hand against his friend's. "You have no idea how strongly I feel."

"Then I will do all in my power to see that you find your mystery woman." Henric shifted his grip from Marcos's shoulder to cup his bristly face, pulling him forward so that their foreheads rested together, a gesture that was common between the two life-long friends. "Ah, the things you make me do, Marcos."

"Oh the things you have done." Marcos chuckled, reaching out to cup Henric's face similarly. "The things we have done."

"Mostly because of your insistence, my prince."

"You use my title to chide me."

Marcos pulled him closer, brushing a soft kiss against his lips. "Why were we never lovers?"

"Because we know each other too well." Henric chuckled, returning the kiss before pulling away.

"You would have made a perfect queen --"

"But for common sense and a Y chromosome." Henric laughed outright. "I have no time for more politics, Marcos. Were I your queen, I believe I would have you drugged and locked away in the castle. You cause too much mischief wherever you roam."

"Hey!" Marcos squawked indignantly, but Henric merely laughed at him once more.

"I am off to find you a young black woman in a backless green dress who may or may not be your future princess."

"When you say it like that, you make me sound obsessed," Marcos groused.

"I know," was Henric's parting shot before his best friend and closest advisor exited the room.