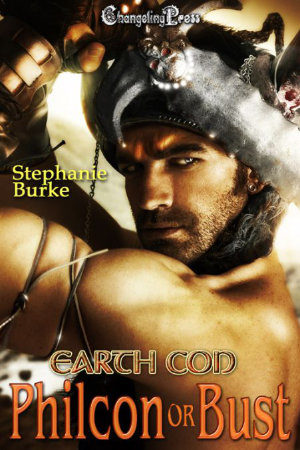 Jabel came for the hot Earth girls. So what if they only have two eyes and no tails. Earth girls are easy, right?

Libby did not come looking for love. In fact, she didn't even come to get laid. Sex can be interesting when you're a transgendered woman, and the last thing she wanted to do was risk her body or her mind.

A one night stand is just what they both needed, but then there are assassins and sword fights, and kidnappings...

Excerpt
Joklim was a mighty warrior, and it showed in his every word and deed. He now stood overlooking the one egg in the hatchery, his gold eyes keen on the electronic readouts that showed this new egg's development.

"Sponsor," Jabel announced, leery of walking up behind the older warrior without making his presence known. He had done that once and, even with his enhanced reflexes, he could not dodge the instinctive blow that nearly knocked him out.

"Ha, Jabel." Joklim turned, and the scarred visage of his Sponsor made Jabel want to stand at attention as he was taught in academy. "How fare you this glorious day?"

"I do well, Sponsor. My Preserver is more than pleased with my progress and now has several offers of Preservership."

"Ka." Joklim snorted, rolling all three of his eyes. It was a strange human concept that he had taken to before his own Corps service and had yet to stop. "Preservership does not make the warrior. It is the combination of lines that create the male, the tutorage of his Advocate and Sponsor that gives him his heart, and the training and knowledge of the Preserver that settles it all into place."

"Still, my Preserver has a lot of offers."

"Which he will turn down." Joklim spoke with confidence. "He has already laid claim to this newest hatching. I think he wants to prove the rearing of you was not a fluke."

"Indeed." Jabel chuckled. "If he managed to create more of me, I am not sure if the Imperium would be satisfied or horrified."

"A little of each." Joklim laughed, tossing his head back, his long black hair flowing down his back in its warrior braid. "But it is a new tradition that will keep them from growing stagnant."

Jabel thought of the many punishments he had endured because of his stubborn nature and insubordination, but none of his trainers found fault with his skills. He was nearly undefeated, his one loss coming after several hours of hand-to-hand combat at the hands of his trainers early on in his training.

"I am going to Earth Con," he informed him, watching as Joklim's smile grew. "I intend to be there for the week-long event in the town known as Philly."

"I assume there will be much debauchery?"

"Take note that I said sex twice, Jabel. I am quite sure you can do my legacy proud."

"Very good." Joklim took his pleasure almost as seriously as he took his warfare. "If there are problems, an old ally of mine is stationed on earth. Mikhale Fas-something or the other." Joklim nibbled on his bottom lip, and Jabel felt a flush of pleasure when he realized how like his Sponsor he looked.

They both possessed the long black hair of the Amiret line as well as the tall, muscular form. The difference was in their complexions. Joklim was paler in skin coloration while Jabel was a creamy light brown, the combination of Advocate and Sponsor showing in his skin. They were both of a build, though Joklim's handsome visage was marred by several battle scars that proved his experience in battling the Dark Ones.

"He knows of the people of Earth and their ways. If there is a need, he can assist you."

Joklim reached out and pulled his first hatchling into his arms, and Jabel relaxed into the hold. He was no longer a youngling to court affection from his Sponsor, but nevertheless, he felt the love and regard his Sponsor held for him.

"Now off with you." Joklim released him, holding him at arm's length as he examined him from head to toe. "Have fun, youngling. All too soon, you will be facing the perils of war."