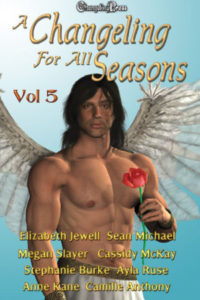 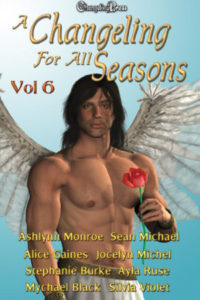 Eight tales of Seasonal Magic from your favorite Changeling authors...

Epiphany by Mychael Black: Ryan's going to show the gorgeous Elven waiter that Christmas means a whole lot more than crowds and stress.

Valentine's Ghost by Alice Gaines: Agnes claims to be Phyllis's fairy ghostmother, and she's going to take Phyllis to Valentines past, present, and future. Will one of the visions turn out to be a keeper?

Zarakion's Tip by Ayla Ruse: Zarakion gives Taryn, the new delivery Elf, a tip that'll have her scrambling to return to the drop point again and again.

Mistletoe Mistakes by Jocelyn Michel: MJ's mistletoe missteps keep piling up, and she begins to wonder if they're really mistletoe miracles in disguise.

A Halloween Tale by Stephanie Burke: She's almost ready to give in to the darkness when an angel of mercy with a body made for sin comes to her aid.

Christmas Elves Are Ringing by Sean Michael: Joey's having a tantrum of epic proportions. Can Bane work his magic in time to make sure Santa's sleigh is full this year? 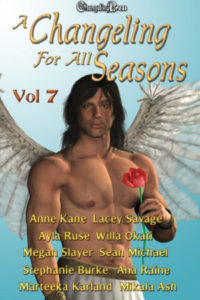 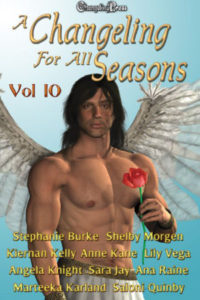 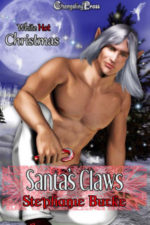 Santa's making a list, checking it twice, and keeping all the other Holidays in check. But when an upstart Valentine's Day out for revenge infects one of Santa's precious Think Tank Elves with a true soul mate, the claws come out. Now he's going to see to it that his Elf and the naughty human to whom he's bound have a very Merry Khristmas... or else. 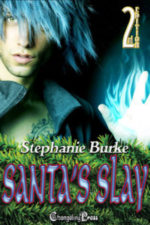 When reporter Peter Winston gets too close to the secrets of Chris Cringle and North Pole industries, he's gifted to Chris's bodyguard and ex-lover Jack Frost. Now it's a matter of time before he gives into the delicious demands of the sadistic dominant, learning that being naughty can be so nice.

Cupid only wants a little revenge on Chris Cringle, master of North Pole Industries and the bane of the Holidays' existence.

But when he cracks open a bottle of stolen wassail, will one spilled drop give him everything he ever desired or will it be a tool for Chris to gain more control over the wayward Cupid? No one can really tell what will happen when Cupid Goes Weird. 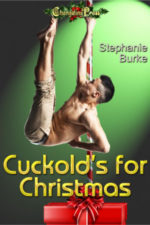 After having her heart broken by a cheating ex, wealthy and disabled divorcee Emma-Jean Lawson twists her misfortune into an empowering statement… by opening up an all-male strip club named Cuckold’s. Now all she has to do is find her star dancer.

Noel Winters has a big wet problem. The once Principal Dancer for the Paris Ballet has turned to teaching his beloved dance to others after a career ending injury, but now a busted water heater, just in time for Christmas, has him seeking other means of income to keep his business afloat. An ad from Cuckold’s catches his attention. It can’t be that hard being an exotic dancer, can it?

When Emma and Noel meet, there’s an instant attraction, but is sex alone enough to hold a relationship steady? And where did the guys with guns come from? Suddenly their happily ever after is looking grim, but with two of the most magical allies helping along the way, maybe they will pull it together in time to have a happy holiday after all.