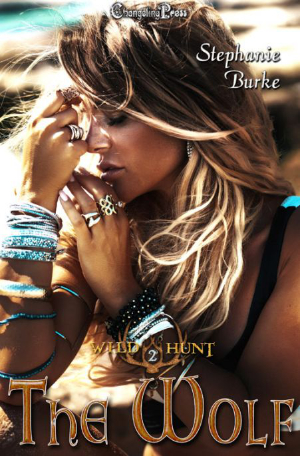 Caille knows the hearts of men, and she has been ripping them from their chests for centuries. Now, as a member of the Wild Hunt, she wants nothing more than to rip apart the men who dared steal one brother’s mate and kidnap her other Hunt brother. Nothing and no one will stand in her way… even the curiously attractive new partner The Master of the Hunt has given her.

Bran the Blessed had been in a cave for what seemed like an eternity, growing back his body and learning about the new world with the aid of his companion crows. He relied on no one except his friend, Kern, who brought him out of his solitude and offered to introduce him to the new world. Problems arise when his friend’s mate has been kidnapped by murderous cultists, leaving Kern unable to function. There is no way Bran, the once-powerful King of Wales could not assist with this hunt as a new Huntsman… and then there was Caille.

Instantly intrigued with each other, the two Huntsmen become pawns in a dangerous game where the elite go to satiate their darkest desires and where the cultists themselves hope to gain more power and influence. Vowing to protect this budding relationship, Bran will do anything he can to protect his new family, even if it means he became one of those who play with wolves. 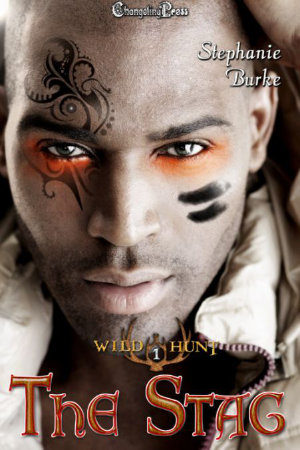 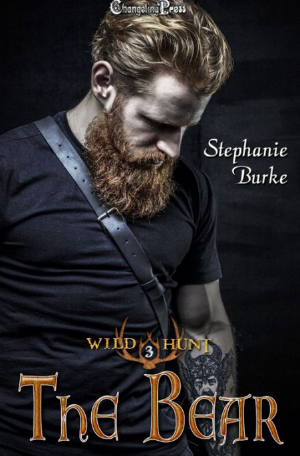 Excerpt
“Kern. You -- your mate has been taken.”

The words seem to slam into Kern with the weight of a ten-ton semi. As soon as the words left Manx’s lips the world seemed to cease to exist for the Stag.

“They took my mate?” The words roared from his throat as his fists clenched. All the veneer of humanity slid from his person like a duck heading to water. His hair snapped with an electricity and life all its own; the dark skin of his forehead split, and in an explosion of blood, his massive, fifty-point horns exploded from his forehead. The smell of animal musk and dry dust and vegetation filled the air, as did the sound of his pants ripping off his body as thick thighs swelled further, bursting free of the material that held them bound. Bran watched in horrified shock as Kern’s human limbs transformed into thick, fur covered appendages of a stag.

“My mate! My little star!” he raged as his fingers curled into claws, and as he reared up to his full height, his horns, still dripping with blood and tissue, touched the ceiling. Several red-orange markings circled his eyes as his power pulsed and Bran was reminded, Raven that he may be, his friend Kern was a god.

“Calm --” Manx stepped forward, their arms outstretched in a soothing manner that Kern ignored as his gaze went from face to face in the room.

The cat-smelling one named Marshal was curled into a miserable ball on Manx’s leather couch, his eyes wide and fearful. The really pretty wolf-blood was biting at her full lips, her blonde hair in disarray as if she had been running her fingers through it for quite some time. And Manx, dressed as they usually were in immaculate black, looked to be holding back anger of their own.

“No… calm…” Kern struggled to speak through a sudden and dangerous looking mouth full of fangs. Then he began to speak in a language so old that even Bran couldn’t take his meaning. The sometimes hissing, sometimes guttural words were dark and nasty as they invoked fear even in Bran, someone who had faced death by decapitation, and were sounds that no human throat could replicate.

Kern’s eyes tracked wildly across the room for a moment before he took a step toward the chalk portaging circle that still faintly glowed with the magic that Kern had invoked to get them to The Wild Hunt.

“No.” Manx boldly stepped in front of the behemoth that The Stag had become, unafraid and their voice ringing with authority. “You will not go tearing through this city hunting for him. That would destroy all the work we have done to keep ourselves hidden from humanity.”

Kern spit out a few more strings of sound masquerading as ancient words before he tried to push past Manx, but the master of The Wild Hunt was not having it. They snapped their fingers and an eerie red glow surrounded Kern.

He spun around, fresh anger and betrayal dancing across his face before he collapsed into a gigantic heap of flesh, fur, and horns on the ground.

“Fuck,” Manx spat out, standing in the middle of the room, looking up at the heavens as their fists clenched in rage at their side. They stayed standing there for a moment before they began to visibly calm. One by one, their major muscle groups began to loosen, starting from their bare feet and traveling upwards until a placid look came over their face. Then more gently, “Fuck.”

Gracefully spinning toward their fallen subordinate, Manx squatted and easily lifted what had to be the tremendous amount of weight of The Stag before they easily began to carry him down a darkened hallway, after shooting them all a look that said not to move even as no words passed through their lips.

“So, I am Bran.” The Raven spoke in the uncomfortable silence that fell as Manx exited the room, carrying Kern like he was an injured child. “I agreed to become the newest member of the Hunt.”

“Bran,” the Wolf muttered, her eyes flaring gold for a moment before they settled into a rich amber color. They were beautiful.

“That I am.” He offered her a nod before turning to stare at the battered looking man on the couch. “And I am at your service.”

Tearing his eyes away from the man who smelled distinctively of cat and sand, he faced the wolf again, noting that she had moved a bit closer while he observed the other man.

She was beautiful. Her hair was a wild swirl of blondes, golds, and silvers leading him to believe that she would be a silver-white wolf. Her skin was tanned and her eyes were that searing amber that resembled heated steel on a blacksmith’s anvil before he pounded out the shape of a sword.