Charle (Sympathy For the Devil 1) 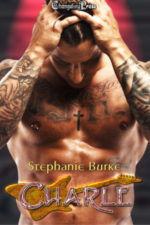 Reporter Charle Lexington is covering the last leg of Abadon’s American tour. Charle’s no uptight stick-in-the-mud, no matter what his ex has to say. After a confrontation at a concert, he loses himself in a one-night stand. Now he’s finding it hard to forget the stranger he screwed, even if he never saw his face.

Abadon is a Rock god… literally. Announcing he’s taking a break from performing, Abadon discovers a way to ease his depression -- mindless sex with complete strangers. But now he can’t forget the man who played his body just right, delivered up a powerful jolt of pure worship, and left him wanting more.

Abadon (Sympathy For the Devil 2) 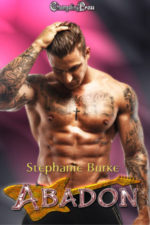 Abadon becomes obsessed with the snarly reporter who's covering him and decides showing Charle how to party will be the perfect distraction from the one who got away. Now Charle's getting out of control. Abadon is falling hard, but Charle just wants to have fun.

Abadon has created a monster -- a monster he wants to keep. Will someone please offer a little sympathy for the devil, especially if he and Charle have to part ways?

Rise by Sin (Sympathy For the Devil 3) 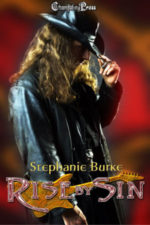 Python is more than just a pretty face, more than the quiet guitar god from the band Abadon. In another time, in another place, he was pure Sin. While taking a break, the god of the moon stumbled onto the person who made his whole life complete.

Orion Bane was not like the other boys. In fact he was born a she, but he never let that get in the way of a good time. When his flirtations with the sexy redhead led to a heated night of passion, Orion was sure he had met the man of his dreams... but he never expected that man to be a god.

Nowhere in the stars was it written that these two should meet, but when lust meets understanding, love could happen, if Orion is brave enough to Rise by Sin...

Bang One Out (Sympathy For the Devil 4) 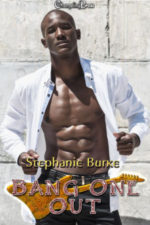 One of the most revered rock gods, Nabu is known for his focus and wisdom, as well as his ability to keep his cool under pressure. But all the intelligence in the world won't help when your plane goes down and in order to save an innocent and rather sexy woman, you have to expose your deepest secrets.

This was to be one last job for Aika, then her student loans would be paid off and she could make her way out in the world as a writer and cartoonist. Being on the flight crew on a private jet is at least interesting and will give her a lot of material to work with... like the sexy-hot crazies from the band Abadon. But one of the super hot band members is destined to play a key role in her fantasies. What's a woman to do when the man she is crushing on big time happens to save your life and claims to be an ancient god at that?

Mischief Managed (Sympathy For the Devil 5) 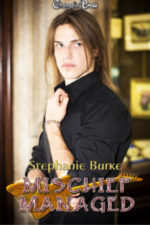 Apollon, the stage name for the god of mischief Enk, only wants to get back to living his best life but with fans out to find him, insane people trying to kill him, and Kokopelli, an even more persistent god of mischief, stalking him, the pale god can’t catch a break.

Surviving is even harder for the god in hiding now the FBI are asking questions about the plane crash, social media is amazed that the whole band Abadon survived, and their would-be killers are getting closer.

In the middle of all of this Enk discovers, despite his ominous past, that even he can fall in love… which begs the question, can Mischief ever be managed?