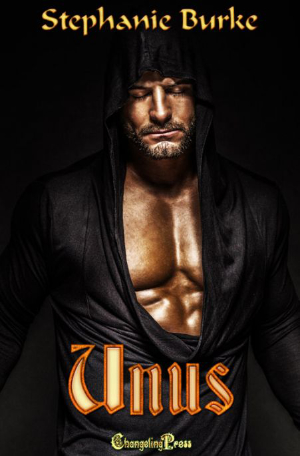 Emerging from the cocoon, the last thing Cyprus expects is to be female. But there she is, the only female born of the Clan Equlestraa Untitalis, the most important family in their clan. She still remains a warrior, through and through, and no pair of breasts is going to stop her from her training! Until she meets him.

Alknowan, the Prince of the Dragonish Prime, thinks he’s saving a damsel in distress. But instead, he takes one look at Cyprus and loses his heart. He vows to do anything to keep her, including battling her to the death for the honor of keeping her.

But there are more issues. She is of the Equlestraa, the horse type gargoyle warriors, while Alknowan’s secondary form is Dragon. Then there’s the matter of her wanting to kill him. But if he can survive her family, the politics trying to keep them apart, and Cyprus herself, then he would give up everything to become Unus, the First of her Coven. 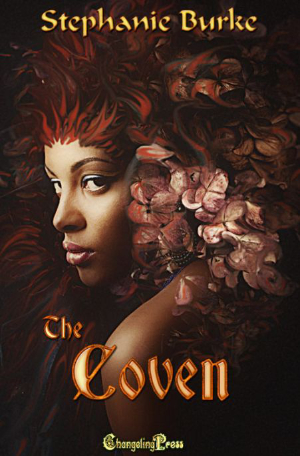 Have to get out!

With heart racing and fear mounting, the panicked being struggled against the thick bindings that encased and restricted shem’s movement.

No one ever said that the conversion, the physical change would be so… so… there were no words! Cyprusurakaliesupreidesa raked long nails against the membranes, shem’s limbs moving slowly through the pale pink fluid that filled the sack.

Cyprus could hear the boom of the voices above, echoing down through the fluid. That is Cypusupriaratizaor Raitza, this Coven’s Master. Cyprus’s fevered mind latched on to that thought and held fast, using it as a talisman and a calming tool.

Why is the Coven Master not offering aid?

It was enough to make Cyprus want to scream, to lament shem’s physical imprisonment, to demand release.

So that was what Cyprus did, buried the fingers of both hands in shem’s long flowing hair, the hair that entrapped almost as well as the casing surrounding Cyprus, opened shem’s mouth and… choked.

The thoughts of escape swirled through an even more terrified mind as anxiety grew. Fear and frustration ruled, tearing through shem’s mind and flowing through shem’s consciousness until Cyprus thought for sure shem would be swallowed up by a sea of black and red fury. Madness! Cyprus recognized its teasing call, the fall into the mental state where nothing existed but pure emotion. Right then, that emotion was rage. That rage, that taste of madness, scared Cyprus almost as much as being locked in this cocoon. It was the fear of that yawning, tantalizing unknown that lent Cyprus the strength to shove at the liquid thing holding shem prisoner.

Cyprus clawed and scratched at the membranes, kicking and twisting, fighting until the nails of one hand pushed their way through the thick, rubbery walls.

Yes, there was a way out. Cyprus dug at the tear, using both hands now, pulling and jerking until a sudden waft of cool air caressed shem’s fingers.

Coven Master was still there. Cyprus could hear her speaking.

She must be speaking with my Damshire. The thought comforted Cyprus, calmed the chaotic thoughts streaking through shem’s frantic mind. That both Coven Master and Damshire were waiting for the completed emergence enhanced a sense of calm, but also reignited the desire to be done with the whole process.

Yes, that’s right. The emergence. How long had it been?

Cyprus’s last memory was of bathing with shem’s six siblings, laughing and joking with the youngers about the change, exchanging knowing glances with the elders, knowing that shem’s Sibs understood the excitement and the mounting fear.

And then as shem made a comfortable nest of bankets that night with the siblings, the light of the setting suns caressed Cyprus’s face as shem stared up at the darkening sky through the large windows that surrounded the crèche room.

The large yellow moon glowed in the rich purpling of the growing night sky. It seemed so close that Cyprus reached out a hand to caress it, knowing that change was going to happen and somehow feeling in harmony with the ever-changing face of the first moon.