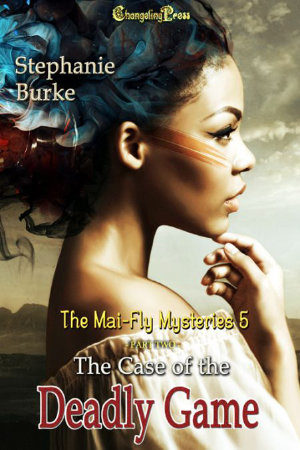 Time is running out, and Mai swears Fate, that fickle b*tch, is laughing at her.

Accused of murder, and hunted by a vindictive British agent who’s out for blood, how will Mai solve the crime, save the day, and beat the Deadly Game so she can finally have her fairytale ending? 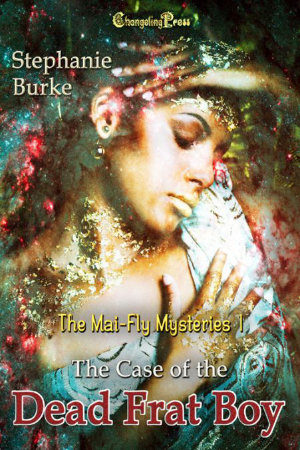 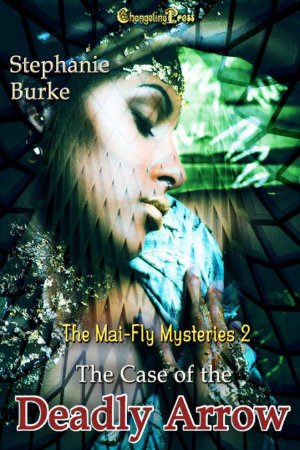 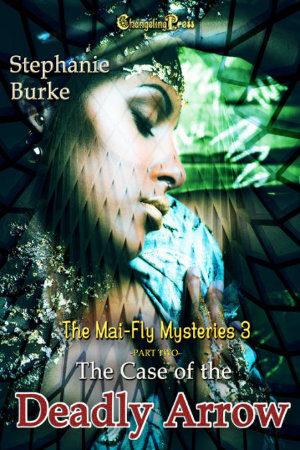 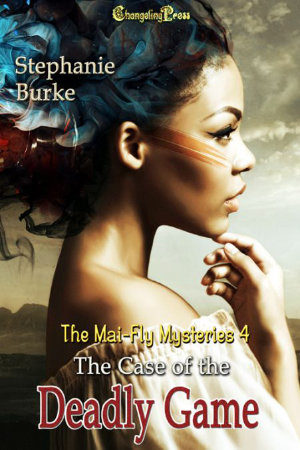 Excerpt
A shower and a nap did wonders for Mai’s disposition, and she had a wide grin on her face as she walked beside Ptris, who looked rather smug himself.

Sex between the two of them just kept getting better. She’d like to say that something felt missing, that fucking Ptris needed the extra oomph from having her Ry-Ry there, but even though she missed her lover, pined for him, her experiences with Ptris left her shaking, sore, and blessedly satisfied.

She sighed softly as Trouble, the Black Shuck, bounded toward her, leaving Lu-Lu’s side as he happily took his place beside her.

“Fuck you,” Mai drawled back, burying her hand in Trouble’s ruff and smiling at the little moan of pleasure the hell hound released.

“That’s Ptris’ job,” Lu-Lu returned, just as happy as she tugged Austin to her side while they moved across the empty lobby toward the pair. “And it looks like he does it well.”

“Like it’s his main job and favorite hobby all rolled into one,” Mai admitted without shame, trying to pull a reaction out of her Dryad. Instead of flushing or showing any embarrassment, Ptris nodded and crossed his hands behind his back, though a purple vine eased its way from his hair to grip the hand that wasn’t petting Trouble.

“Well, when you get that old you manage to discover some pretty tricks, right, Austin?” She giggled as her lover smiled tenderly back at her.

“More than a few,” he admitted, shooting a look at Ptris that conveyed smugness and some kind of sexual brotherhood. “And I never mind sharing them with the ones I love.”

“Love me less,” Mai teased. “I don’t even want to think about your sex life. It would send me running for the hills.”

“We don’t have to think about your sex life, Mai-Mai.” Lu-Lu rolled her eyes. “We hear it every time you decide to get frisky.” Then she leered at Ptris. “I can hear you do great work.”

“As my Queen demands and requires,” he answered, his stoic expression finally breaking as he shot a grin at Mai. The Dryad radiated contentment and happiness for a bright shining moment before it was once again, hidden by the calm facade that slammed down over his face.

“Your Queen is satisfied,” Mai confirmed before turning to look at the rest of her Court. “So, we need to find out what’s going on in Lightwater. And I know the perfect place to snoop.”

“Back to Jon-Ton’s?” Lu-Lu asked, tilting her head just a little as she looked around the empty lobby. “‘Cause it’s not like anything is happening around here.”

“There were a few guests,” Mai noted. “Did they all just leave? And where are the staff?”

“The staff is in mourning,” Austin spoke softly, his gaze trailing over the hotel decor that seemed to be warring with each other. “Most of them knew Elias Humphries and are taking his death hard. He must have been using some of his Brownie power inadvertently because this place suddenly feels a lot colder without his presence.”

“I thought Brownies just kept the place neat and tidy while looking after their homes and the people who reside within them.” Mai gave the space a look herself and had to agree with Austin. The place seemed to be lacking something, the charm it had exhibited even when the place looked like a war between Tradition and Modernization. “This is kind of creepy.”

“Brownies often do more than just cook and clean when allowed. In the States, their power is heavily restricted and they aren’t allowed to exert the full force of their powers. Brownies keep diseases and sickness at bay. They imbue all that enter into their homes with a sense of well- being and peace that can be hard to find outside the safety of their own family. They keep depression at bay and have the ability to absorb what humans often call negative emotions, leaving those who enter into their sphere of influence content and feeling lighter. Some of that warmth is missing from the hotel and people can now see the flaws here. Consider this. Imagine that his influence was a thin veil that masked all the issues that surround this place. Now with him gone, more and more you can feel and see the troubles that his hotel was going through.”

“And so can the other guests.” Mai nodded in understanding. “With the death of an apparently beloved figure, it only makes sense that they would feel the negativity of this whole situation and flee. I don’t blame them.” Mai shuddered. Now that she was looking for it, she could feel a bit of coldness in the hotel. It was like the life had been drained away from it.

“So we aren’t going to learn anything here.” Austin broke the silence that had dropped for a few moments after Mai spoke. “We have to go where actual people are gathering.”

“And that would be Jon-Ton’s,” Lu-Lu added. “I’m all for gossip and pastry. We left before I really got a chance to sample the wares in the case.”

“You think with your stomach,” Austin poked at her appetite.

“And you think with your dick, lover,” Lu-Lu sassed right back. “But you don’t see me complaining.”

“Oh, that wasn’t a complaint.” Austin laughed. “It was me pointing out the obvious. We all have our crosses to bear, so our partners had just better sit back and enjoy the ride.”

“Aren’t they sweet?” Mai remarked, looking up at Ptris with a grin on her lips. “That could be us but you won’t smile at me.”

“I smile when appropriate,” Ptris countered. “Like when you are naked and swearing, screaming in my face for more as you ride me hard. I smile then.”

Mai ignored the blush she could feel heating her cheeks as she turned toward the front doors of McDowel’s. “So, who’s for pastry?” she asked, ignoring the snorts of laughter from her friends. “I’m suddenly starving.”

“And your man won’t go to the kitchen and make you a sandwich?” Lu-Lu joked. “Aww, you poor baby. Let’s get you fed. Great sex makes everyone hungry.” She leered at Austin, who leered back while Mai-Mai rolled her eyes at all of them.

“Why do I hang out with you people?” she asked, moving toward the door, Ptris at her side.

“Because we make you laugh?” Lu-Lu all but skipped to her side. “Admit it. You love us. You wouldn’t know what to do without us.”

“That… that’s true,” Mai admitted, a sudden seriousness taking over her mood. “I would have never made it this far without you all.”

“You are our Queen.” Austin spoke softly, opening the doors for them to pass through. “There is nothing we wouldn’t do to help you succeed and become reunited with your Prince.”

The others nodded in agreement. The vine around her wrist squeezed tightly for just a moment before she was released and the tender purple extension of her lover slid back into his hair.

“So let’s work with that.” Mai relaxed, surrounded by her Court. “Let’s go make some magic.”