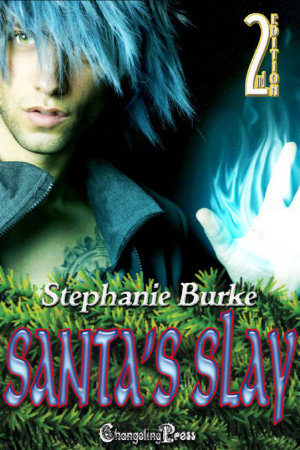 When reporter Peter Winston gets too close to the secrets of Chris Cringle and North Pole industries, he's gifted to Chris's bodyguard and ex-lover Jack Frost. Now it's a matter of time before he gives into the delicious demands of the sadistic dominant, learning that being naughty can be so nice. 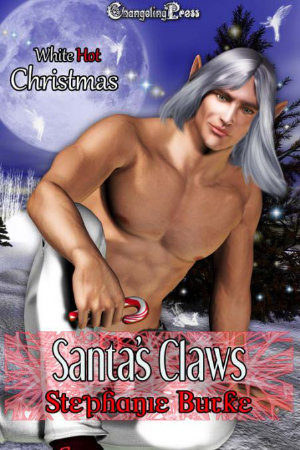 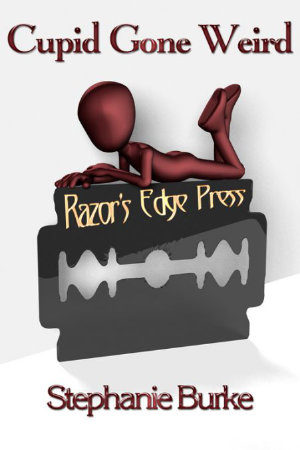 The two police officers looked on with some pity at the rattled man sweating in the cool triage area of the hospital, in obvious shock. His eyes were too wide, his respiration too fast, his medium brown skin ashen and gray as he stared at the two officers.

"Who, sir?" one asked, looking at his partner, shaking his head in pity. "Do you know who did this to you?"

This appeared to be a laceration on the top of his head needing several stitches to close, an arm that looked like someone had taken a baseball bat to it, and numerous bruises about his face and neck.

"They said something about a hit," he mumbled. "That I knew too much..." He looked wildly between the two of them, his very expensive-looking suit rumpled and torn. Several stains on his face smelled suspiciously of mint, and what appeared to be a sprig of mistletoe was caught in his dreadlocked hair.

"They had candy canes and they wore bells." He shook his head in dismay. "Bells and tights? Who attacks people wearing bells and red-and-white-striped tights?" He lifted a trembling hand to his face and rubbed at the sticky stain near his mouth. "And the hats. One of them tried to strangle me with a Santa's cap and a string of garland! What the hell is wrong with people?"

Before the police could ask more questions, there was a cold blast of air and a hush, as if the world stood still for several moments before the sounds of the hospital filled the air once again.

They looked at the curtained opening as several voices became clear.

"Dr. Snow! We're so glad you're here. Your lover is in room three."

"Dr. Snow, we are so sorry this happened. Is there anything we can do for you?"

"Dr. Snow, thank God we got you in time. Something awful has happened to your husband --"

The officers stepped back to wait. Seconds later, a distinguished looking pale man with platinum silver hair pulled back in a tight tail raced into the room.

The officers watched as the stranger's eyes grew wide in shock as the pale man carefully took him into his arms, breathing in his scent, before he pulled back, smiling.

"Dr. Snow, I presume?" one officer asked, and Dr. Snow gave him a smile that sent shivers down the back of his spine.

"What do you mean, retire?" Santa demanded, staring at his favorite personal bodyguard. "You are not that old."

"I am an elemental and generations older than you." Jack shook his head tiredly. "I need a break."

"But I need you." Santa sounded disgruntled as he crossed his arms and glared at his long-time friend and companion. "I just got the Holidays on the run! Halloween is about to give up the ghost, Thanksgiving is on the ropes, and I'm making headway into the summer months as well. I mean, Christmas in July is a worldwide phenomenon now! You can't quit on me."

"Chris." Jack shook his head, amusement clearly written all over his face. "You don't need me."

"The love ended when you married that spiteful bitch -- excuse me, witch -- who helped you gain control over the Elf nation," he reminded the disgruntled man. "And you will always have my loyalty, Chris. It's just time for me to move on."

"But who is going to keep the hit-elves in line, Jack? They listen to you; they cower before me." Chris Cringle wrinkled his nose in disgust. "I don't like my own people prostrating themselves before me. I save that for the other holidays."

"Then you shouldn't have exploded the pair who went after International Day of Peace. How were they to know you weren't serious when you said that IDP could kiss your ass?"

"It was more of an accidental explosion," Chris grumbled.

"And having a holiday's lips attached to your ass when you step out of the shower is not the way to start off the first day of the tax season."

"Only the junior hit-elves have that reaction." Jack shook his head, delighted as always by the savagery of the young holiday, but still knowing in his heart it was not enough to keep him at Chris' side. It was time to move on. "I'm sure my replacement will keep them in line, and you won't have to deal with them."

"Jokul Frosti, there is no one like you." Chris actually looked sad for a moment, before he tried to tuck away that spare emotion. It made Jokul -- Jack -- remember why he'd tied his lot in with the upstart holiday in the first place.

"Yuki-Onna will fill in quite nicely, Chris." Jack walked over to his friend and ex-lover, reaching for the man's broad shoulders. "Trust me. You trusted me with the jolly fat man illusion, you trusted me when I said North Pole Industries needed to move in modern circles, and you trusted me with the introduction to new technologies in all our equipment. It helped to pull the other holidays in line under you, and it keeps your iron fist tight. You grow more powerful every year, Chris, and now you are at the point where I am no longer needed."

Jack reached for Chris's chin and tilted his head up, staring deep into those nearly black blue eyes. "You have done well, my Elfish lover, and nothing will hold you back now. Trust me in this, and if you ever have a need of me, you know you can call out my true name, and I will come."